December 2018: This is the farewell 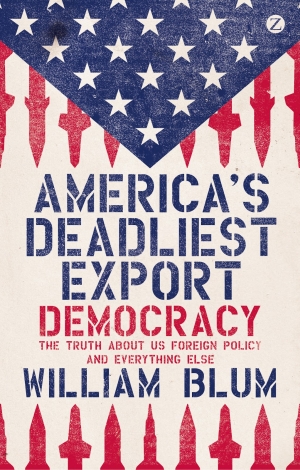 For over 65 years, the United States war machine has been on auto pilot.  Since World War II, the world has believed that US foreign policy means well, and that America’s motives in spreading democracy are honorable, even noble.  In this startling and provocative book from William Blum, one of the United States’ leading non-mainstream chroniclers of American foreign policy and author of the popular online newsletter, The Anti-Empire Report, demonstrates that nothing could be further from the truth.  Moreover, unless this fallacy is unlearned, and until people understand fully the worldwide suffering American policy has caused, we will never be able to stop the monster. Read more →

William Blum takes on the Washington Post again, in the person of columnist Max Boot, formerly of the Wall Street Journal. Keep reading →