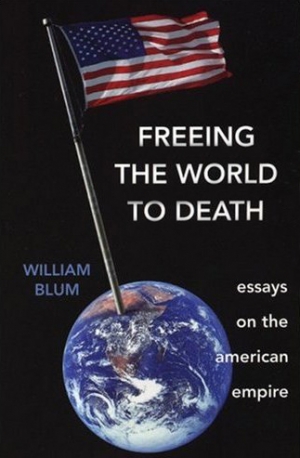 A collection of essays written by William Blum, some of which were published over the past decade in various magazines and anthologies, some appeared in his regular internet newsletter: The Anti-Empire Report, some which appeared only on his website, and some written explicitly for this book.

Purchase Freeing the World to Death

To purchase Freeing the World to Death by credit card, take note of the price and use the PayPal button below.

Freeing the World to Death in other languages

This book is also available in Italian and Finnish. Contact the author at for further information.